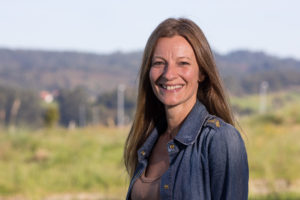 You work a lot on aspects of health and sustainability. How important do you think it is to incorporate these elements into our personal and professional lives as climate scientists?
This is an essential point. I believe that without personal work on ourselves, which basically means to change our lives and our usual thinking, any change on the outside would be impossible. So any effort, either in research path or in decision-making, will be in vain if we don’t accompany that process with a personal effort to change our lifestyles. However, lifestyle interpreted as external behaviours (healthy food, physical activity, recycling products, efficient use of energy, etc) can be truly sustained only when individual thinking patterns and beliefs are modified in the long-term. One way to make this change from the inside is through meditation. A “regulated mind” also fosters intuitions and creativity at higher levels, which is the basis for more inspired research able to bring a real added value to decision-making. A “regulated mind” is also able to make sustainable and healthy decisions in all aspect of life (consuming, moving, etc), which translates to better health for humans and ecosystems. A healthy population (healthy in body, mind and emotions) is also more resilient to any change that might occur, including climate change impacts. A healthy population is less exposed to any kind of external manipulations (in way of consuming and living), etc.
So personal and behavioural change will be important in the fight against climate change?
In addition to what already said above, I believe that personal and behavioural change is key for human beings in this era, and therefore the basis for all other necessary change on a societal level. I would add that when I refer to personal change I do not mean only external behaviour but also “internal behaviour” (way of thinking and feeling), which is what first needs to be changed.
Bringing about change is not always easy. In fact, you are part of a minority of female researchers in senior positions. How hard has it been to get to where you are today?
Yes, I have faced many obstacles and prejudices. I feel I had to work harder than some of my male colleagues to get to the same level, though I took it as an opportunity to develop myself. Due to personal circumstances in my life, I had the opportunity to travel and move which is an added value in research. The area of health where I am working is somewhat better represented in terms of female seniority, but I would obviously be further gratified to work alongside other senior female colleagues in less represented fields such as physics and mathematics. The current research system is not supporting women in their career development taking into account family issues appropriately, given that women may have less “linear” career development in comparison to men. Actually I think that the system in general does not favour any career that follows paths not predefined by the system itself. By imposing these predefined career development steps we are losing many brilliant minds among both women and men. Talent can be fostered only by leaving individuals free to express and develop their career opportunities. I want to conclude by saying that any contraposition between population groups (based on gender, race, religion, etc) has created a society which is more prone to manipulation compared to a society based on the integration of groups and respect of diversity. This is the real problem.

We use cookies of our own and of third parties to improve our services and to be able to offer you, by means of web browsing analysis, the best options. If you continue browsing, we assume that you agree to their use. For further information, please click here.